2) Categories:
1. Single aj multi op. - the power of the transmitter 10 W from a single output stage, any QTH

5) S Each station can be credited to race one valid connection, in which the two stations sold a confirmed complete student code.

6) Scoring: for one kilometer span the distance is calculated 1 bid.

7) Competitive diary is accepted in electronic format EDI under point 13 General conditions races and contests at FM. It should be sent electronically or by post to the address vyhodnocovateľa later than the tenth day after the race. Address: William Petrík, Tatranska Lomnica 193, 059 60 or log(@)cq.sk .

8) Dimension to the race will not register. In your own interest, it is appropriate to disclose the network packet radio and the Internet to cast dimension.

9) Unless otherwise stated, salary in other policies races and contests at FM valid from 1.7.2011. 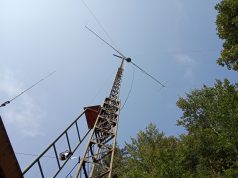