QRP is transmitting the output below 5 watts. Each, who are little versed in this area knows, it is very low power. Establish connections in this way is a challenge.

CQ WPX Contest as racing on short waves among the best for sites in Central Europe. Virtually links to each page represents a multiplier and amateurs on the continent is a large number of.

About a week before the race grew suspicious glances at his wife and children mast with a single element antenna Diamond W-8010. Selection of bands in the competition thus limited to 80 m or 40 m, but as 80m, it is considerably narrow-band antenna, so priority was given band 40m.

Before the race remained to solve the technical details, especially modulation radio. As the box with connectors from the relocation still looking, so the solution lay in the headset connected to the PC and audio sharing via MICROHAM to radio. atypical, but functional. Since the headset has a short cable between the computer and the transmitters and the distance meter, so in the end were two headsets: as one headphone and one microphone as.

Race, I spent by family and physical capabilities. So I started on Saturday morning and immediately followed by a break for breakfast. I talkies to defense as possible, and sometimes we were in it and two, HI.

Making connections with QRP is a little harder. Many times I do not even allow a dozen times. Stations in Gaza were not always quite enough, so if you are struggling with any connection, He's time to try his luck with another. The challenge I tried about twice, managed one connection.

From Slovak stations I heard OM4MM and once OM3BH. The log dominated station Italian, Russia and Germany.

On Sunday at dawn I woke up early, so I made some connections while others still asleep contestmani. It was worth it, It was the most productive time in terms of the number of connections. Yaesu FT-1000MP like a long time served directly, not by remote station, and it was a great feeling. With INRAD roofing filter is indeed a great radio station.

Overall, it is in the logo 155 link. Certainly it is able to do even more links, but it would require more time and a better band antenna - subject to future. Mast is stored in the house, He awaits reconstruction and lifting…

Na ? live contest score serveri I compared with other stations in the QRP on 40 meters, which, of course, not many. Activity was particularly OH1Z, which reached a good result.

Thank you for the links, friends in ether! I know, you're straining ears, to weak signal OM0A heard and I am pleased, that you have in many cases proved. well thank you! 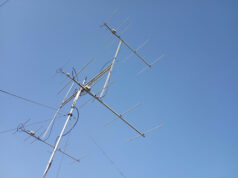 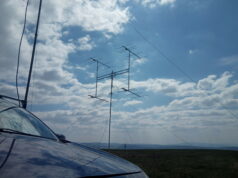 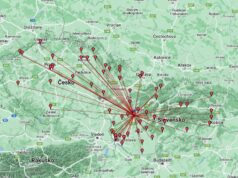 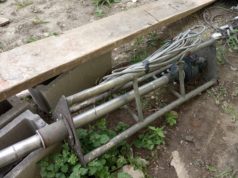 For a long time I had a project of an antenna system of four 5-element DK7ZB antennas. 2022?