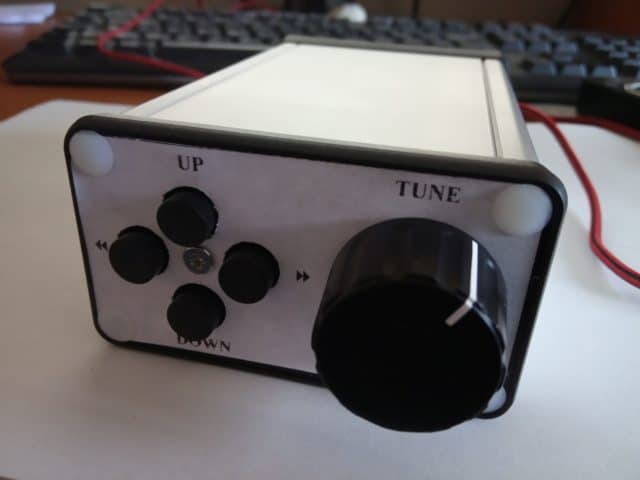 Perhaps every radio amateur, which deals with the use of remote station or SDR transceiver (receiver) confirms, the fundamental difference is that, the control device is unusual. Ask the operator needs to have a sense of, that the devices touching, tuning knob responds to turning and buttons are placed logically to their function.

In practice it uses several concepts, for example Tmaty from ELAD The price of such a driver reaches hundreds of euros, which is certainly not small. Therefore gained popularity multimedia buttons Griffin PowerMate, which is significantly cheaper. It has very good handling, suitable shape and control, which allows you to configure the importance of commands for each software. A possible disadvantage, however, be regarded as the absence of buttons (except touch of a button). Another solution is to use multimedia keyboards or player. The last way, which it is the cheapest and most allows you to create the impression of the front panel has a modification of the conventional computer mouse.

For treatment are better mice with more buttons. On the market are cheap PC gaming mouse with USB connection, e.g., C-Tech or Evolveo. Such a mouse is needed to break down, to obtain the best electronics. Built-in rotary encoder I replaced the panel module KY-040 buttons and microswitches are realized in a new arrangement. From the original PC mouse remains just as electronics, skeleton not use.

The arrangement of the front panel is dependent on the requirements, which features them here. In my case, I thought about:

Depending on the number of buttons, control software and available CAT commands to control the transceiver, however, You can also configure a completely different functions. I + I use N1MM logbook linked to Hamradio Deluxe, who controls the remote station. It is based on the earlier transceiver Yaesu FT-1000MP. It's a great facility, but it is characterized by a small number of control commands. For example, among my requirements for optimal control it includes the switching filter. This feature does include N1MM +, for some facilities it offers a Hamradio Deluxe, but not for FT-1000MP. It is therefore up to you, that you then selected the most features, you want and are available for the type of transceiver, which will operate.

The production process for the tuning knob for remote station

In the first phase adjustment we will analyze PC mouse and disconnect the internal encoder. Stead join the new panel module KY-040. The buttons do not need to unplug, only in parallel to the switch Drinks routed to the front panel.

Pushbutton Switches P DT6SW They are arranged in a so-called. joystick. It is logical arrangement. Visual front panel is sketched in CorelDRAW. The first copy is used as a pattern for drilling, the other is to form a self-adhesive paper, and then the front panel. As protection against dirt and scuffs are several easy airbrushed colorless spray.

There are a large number of programs to map share buttons computer mouse and keyboard. These are programs designed especially for gamers and designers, which is advantageous in so far as carried out by pressing, for example, the triple combination of buttons and the like.

In the search for a suitable program I came across HydraMouse. Find program, which would suit them quite difficult. In my case I use the amateur radio purposes older PC with Windows XP and HydraMouse was one of the few programs, that the system supports. You can configure actions to each button, and the application. The test configuration looks like this:

As the remote station tuning knob proved in practice?

superbly. The control box can be placed next to the keyboard and actually improves and accelerates operation. It debugging is much more pleasant and even better is the Griffin PowerMate.

Production of the tuning knob is based on a fraction of the price much more expensive controls goat. PC mouse can be purchased ca.. 6 €, locker for 14 €, switches for 2 € and license HydraMouse is 19,95USD.

Use of remote station tuning knob may not be only for a combination of programs N1MM + and Hamradio Deluxe. Control is possible, for example, the SDR software and other type PowerSDR. Definitely it's way to the improvement of operation via remote. 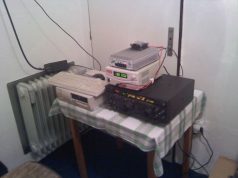 Looking for a partner to remote station 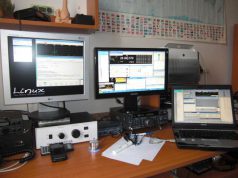 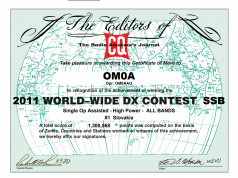 CQWW contest in the category XTREME